Saddam - Iraqi BMP-1 upgrade that was shown at the Baghdad exhibition in 1989. The upgrade fits appliqué armour to the sides of the hull to provide protection against 12.7 mm and 14.5 mm armour-piercing rounds fired from a range of 200 m. The additional armour weighs 1,250 kg and spaces were cut out to allow the transported infantry to use fire their small arms through the firing ports. It never went into production as the additional armour overloaded the chassis and a suitable replacement engine to handle this extra weight wasn't available

Saddam II - Iraqi BMP-1 upgrade with rubber sideskirts, additional armour on the upper hull sides and an ATU box fitted to the left side of the rear of the hull. These vehicles were mainly used by the Iraqi Republican Guard.[3]
* BMP-1 based armoured ambulance. The turret was removed while the rear part of the vehicle was extended to allow easier transportation of stretchers and walking wounded. The original BMP-1 rear doors were removed and replaced by two new and higher doors that unlike the ones in BMP-1 do not contain the integral fuel tanks. The vehicle didn't enter service in large numbers 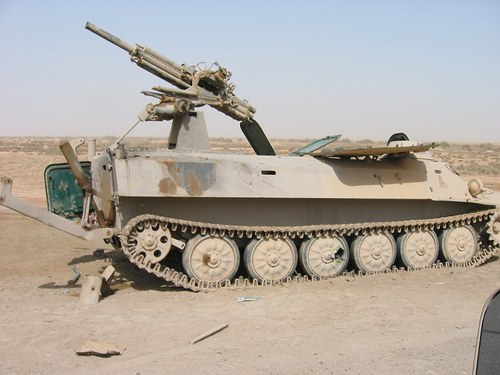 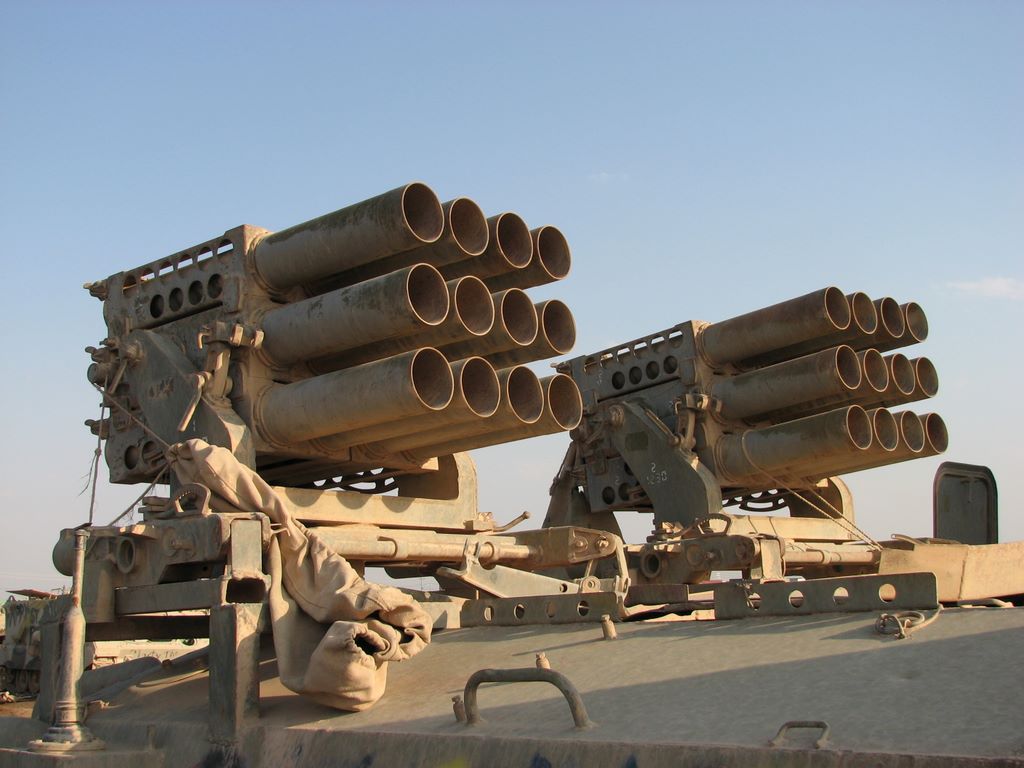 the armour upgrade for BMP1 which was shown off in the arms show in baghdad in 1989... which I had thought never entered actual production. turns out to have seen limited service.