first pics of the cracks in the BTR4. 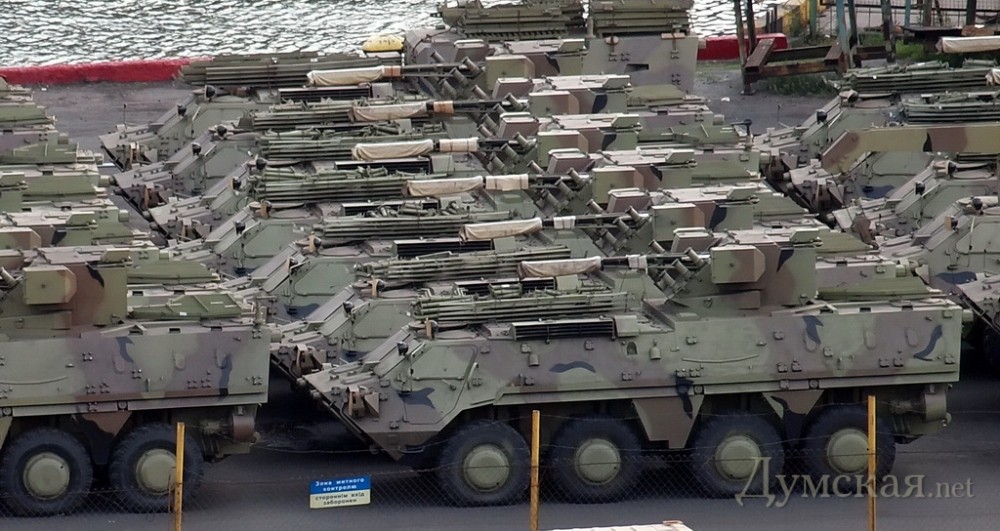 Odessa web resource dumskaya.net , once first unveiled scandalous story about the vessel SE Pacifica, hanging out in the Persian Gulf with a cargo of 42 Ukrainian BTR-4, which has refused to accept the Iraqi side, continues to inform about the vicissitudes of this protracted saga. However, it seems the story of the SE Pacifica coming to its logical conclusion - as reported dumskaya.net , distressful ship returned from the Persian Gulf to the Ukraine with undischarged and cargo from 42 BTR-4. As told dumskaya.net representative Alexander Varvarenko shipowner, ship SE Pacifica has already entered into the Red Sea and the Suez Canal is. In Odessa, he will arrive 2 or 3 January.

Distressful SE PACIFICA ship returned to Odessa together with the load - 42 Ukrainian BTR-4 on board, abandoned by the Iraqi army.

As told to "Duma" representative Alexander Varvarenko shipowner, ship has entered the Red Sea and the Suez Canal is. In Odessa, he will arrive 2 or 3 January.

According to him, the state company "Ukrspecexport" and "Progress" shipowner owed ​​several million dollars. This amount includes the cost of the contract, the penalty for many months of drift in the Gulf and compensation for the ensuing problems in India. APCs return back to Ukraine, too, will be costly.

Recall that the contract between "UkrSpetsExport" and Iraq was signed in 2009. Media called this deal the largest in the history of independent Ukraine. Besides 420 APCs our country has undertaken to put the Arabs tanks and aircraft totaling U.S. $ 2.4 billion.

Until early 2013, Iraq received under this contract only 88 armored personnel carriers (two parties - 26 were shipped in April 2011, and 62 - in October 2012). Last batch of 42 cars, which this spring delivered to the port of Umm Qasr ship SE PACIFICA (flag of Singapore, the owner - White Whale Shipping), was defective.

Host side allegedly found a crack in the body (according to the newspaper "The Mirror of the week. Ukraine" defects have been identified by the machines second installment set in October 2012) and refused to unload APCs ashore. The ship had to anchor the middle of the Persian Gulf.

In August SE PACIFICA gone to India - on board, except the "boxes" was a load of metal for this country. There ship arrested - Indians demanded payment of a penalty for a three-month delay. In the Persian Gulf vessel returned in late September. Then it became known that Iraq finally annulled the contract with Ukraine.

The Iraq conflict, according to our sources, was the last straw, determined the fate of the General Director "Ukrspetseksport" Dmitry Peregudova. In early July, the head fired. Charge of the head office of Ukrainian arms trade by Aleksandr Kovalenko.

Reason not to supply to a third party BTR-4 became marriage buildings supplied earlier cars made in cold LKMZ without observing technology. Here is such a Christmas gift presented country domestic defense figures.

These cracks are not "photoshop" and not fiction, as readers can easily see from the photos shown.
Marriage corps was admitted "Lozovsky Forging-Mechanical Plant" (LKMZ), as described before in the communication situation with BTR-4 .

The question arises - where representatives of state-owned companies have looked "Ukrspetseksport" KMDB who should carry out design supervision of production, and plant them. Malyshev, who could not miss defects.
In the olden days this situation called wrecking and sabotage. 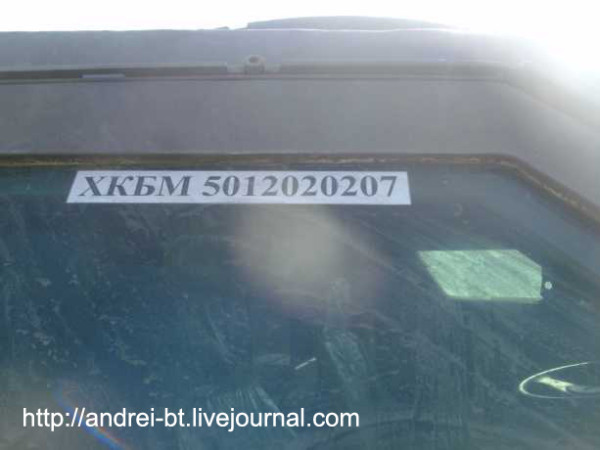 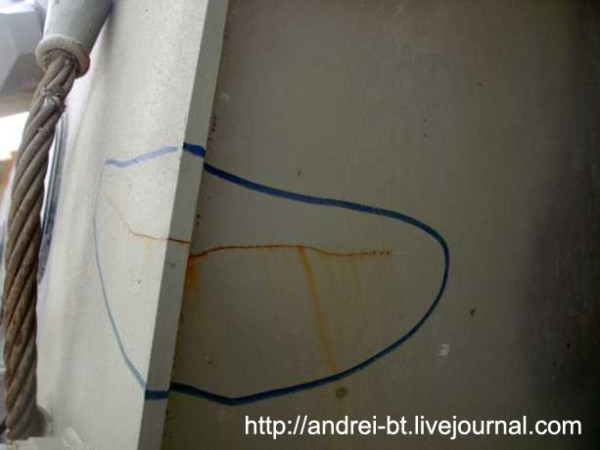 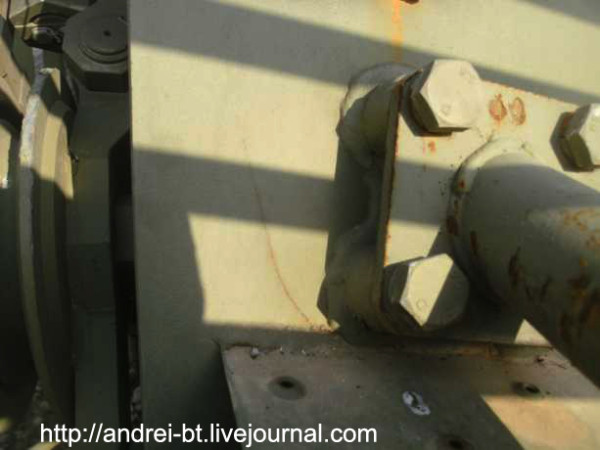 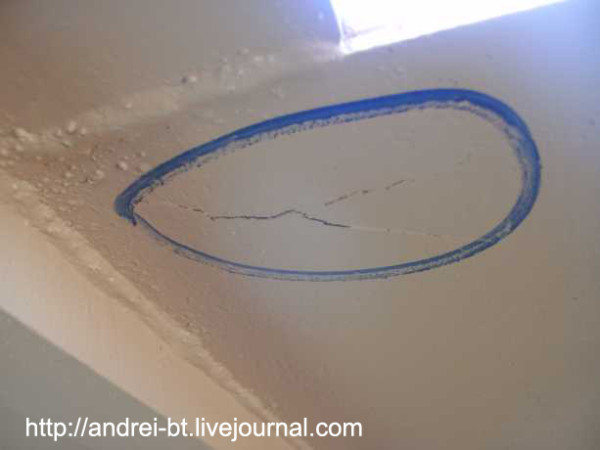 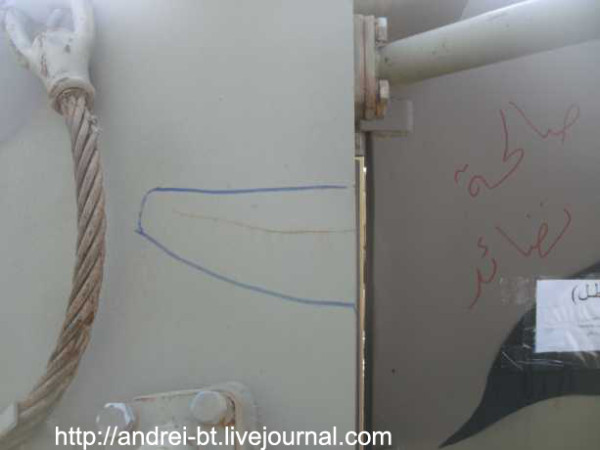 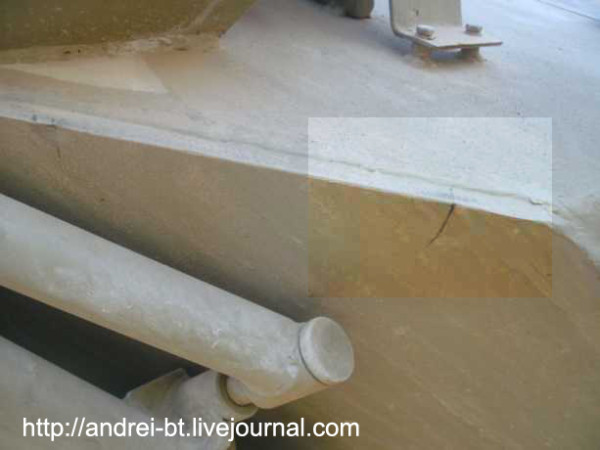 The Morozov Machine-Building Design Bureau, the executor of a contract to supply new Ukrainian BTR-4 armored personnel carriers (APCs) to Iraq has not received official claims of the Iraqi consumer to the armored vehicles made under the contract, including a batch of 40 APCs that was returned to Ukraine after an eight-month idle period the Persian Gulf, Deputy Morozov Bureau Director Yuriy Volchenko said.

State enterprise Ukrspecexport has not commented on the media reports that the third batch of BTR-4 was returned to Ukraine due to the Defense Ministry of Iraq not accepting it.

well. I think in Ukraine they have a lot of trouble on their plate right now.
أعلى


The btr4s which Iraq rejected have ended up in..... Nigeria!
أعلى

Reason not to supply to a third party BTR-4 became marriage buildings supplied earlier cars made in cold LKMZ without observing technology. Here is such a Christmas gift presented country domestic defense figures.

These cracks are not "photoshop" and not fiction, as readers can easily see from the photos shown.
Marriage corps was admitted "Lozovsky Forging-Mechanical Plant" (LKMZ), as described before in the communication situation with BTR-4 .

The question arises - where representatives of state-owned companies have looked "Ukrspetseksport" KMDB who should carry out design supervision of production, and plant them. Malyshev, who could not miss defects.
In the olden days this situation called wrecking and sabotage.

an interesting update on this subject from Ukraine.

Details of the controversial package of contracts for the supply of Ukrainian weapons to Iraq, including BTR-4E

Arms deal between Kiev and Baghdad six years ago became the largest in the history of Ukrainian independence. According to the contract of 25 September 2009, concluded between the Iraqi Ministry of Defence and the state enterprise "Specialized foreign trade company" Progress "(in the structure of the State Concern" Ukrspetsexport "), Ukraine undertook to repair the Middle Eastern country Mi-8T in the amount of 3.6 mln. USD put six AN-32B at 99 million. dollars, as well as 420 units of wheeled armored personnel carriers BTR-4 machines on its base to 457.5 million. dollars.


It was expected that in the future will follow the new contract - zero in Iraq seriously engaged in its defense, and expects to earn in Ukraine on deliveries to that country of the order of 2.5 billion. Dollars. After six years of "golden mountains" were covered with ashes: Ukrainians do not meet the deadlines, completing less than half of the order, and prosecutors chosen to conclude the deal with Baghdad was one of the most corrupt in the history of Ukrainian "defense."

Now the police are investigating the involvement of the Ukrainian side to the arms deal 11 foreign intermediaries to make money on military contracts of $ 46 million. Investigators believe that a large part of them - to carry out a dummy function.

After six years from the date of signing, a total performance of the contract is as follows: under these contracts Ukrainian "Progress" received 261.85 million. Dollars. For the money the military-industrial complex of Ukraine produced six AN-32B and 128 BTR-4E, of which only 88 delivered to the customer, and the rest of the machine have not been transferred.

It became known from the definition of Pechersk district court in Kiev on September 25, 2015.

As investigators calculated from polumilliardny contract amount "about 82 million. Dollars top managers of SOEs SVTF" Progress "planned to spend outside the customs territory of Ukraine to pay for legal, consulting and other services." However, the total amount turned out less than half the non-fulfillment of obligations.

What are the some of these companies allows us to understand example of "London" firm Lionel Europe Corporation. It is not in the list of companies registered in the State Register of the UK Companies House. Also, it is not among the previously liquidated enterprises.

However, not all of the intermediaries were pocket.

In his investigation of the Prosecutor General refers to an article three years ago, entitled "US court case poses new threat to huge Ukraine-Iraq arms deal", published on foreign websites www.bne.eu. According to the published information in it, service provision agency, legal and other services for foreign trade contracts between GP SVTF "Progress" and the Iraqi Ministry of Defense carried out exclusively by US citizens - Howard Lowry (Howard Lowry), Patrick Lowry (Patrick Lowry) and companies Tariq AL -Waffa for General Trading & Trading Agencies Company. This fact was established by the decision of a jury of San Antonio (West Texas, USA) August 26, 2010 (Case Number: 5: 2010cv00713) at the suit of the latest companies to Jankovic & Associates. Inc. and Universal Investment Group.

The presence of American intermediaries in the Ukrainian-Iraqi deal was logical. Baghdad bought Ukrainian equipment and armaments with financial support from the US Department of State. And, accordingly, the company's intermediary in arms deals were chosen without the involvement of Washington.

How to write www.bne.eu, one of the architects of the deal between Ukraine and Iraq has become a businessman Howard Lowry, who worked in the Middle East since the beginning of zero. He earned in Iraq on finding orders for US companies. It claims it is now actively exploring the Prosecutor General of Ukraine, because it initiated the first meeting between the Ukrainian arms dealers and Iraqi military seven years ago. A significant role played in this transaction is also another Ukrainian American proskhozhdeniya - Jankovic Oleg (Oleg Jankovic), owner of the Washington Jankovic & Associates. At Lowry I was with him a written contract for a 50% commission from the contracts, but then Jankovic ousted Lawrie out of the deal with the help of the Ukrainians.

Three years ago, the court awarded the San Antonio businessman Lowry colossal compensation in the amount of $ 61,750,000., Which he must now Ukrainian-American brokers. In the same article states that the trial has provoked a change of mediators between Ukraine and Iraq after coming to power of President Viktor Yanukovych.

This, in particular, and the previously reported "Ukrainian Truth" citing its sources. Mol, director general of the State Concern "Ukrspetsexport" Dmitry Salamatin not pay for the services given to one of the American mediators.

Carry out rotation brokers behind the scenes team Yanukovych could not - immediately scandal broke. In 2011, Kiev after a long delay sent to Baghdad, the first batch of 26 armored vehicles, and you next delivery (of 62 armored personnel carriers), the Iraqi authorities refused to accept. The formal reason was called technical defects detected during the scan.

Later, the second batch was still sent and "thanks" for it seems to be close to Yanukovych former Regions Yuri Ivanyushchenko. The fact that two American companies from the above list of intermediaries - Universal Investment Group (official representative - Ukrainian Mykola Karanko) and Jankovic & Associates - in 2011 to provide critical services to Yuri Ivanyushchenko. Supporting documents four years ago turned out to be at the disposal of "Ukrainian Truth". A dubious past of Donetsk businessman hurt him get a US visa and American lobbyists then took to help him.

But the audience did the Ukrainian authorities "guilty" Hero of Ukraine Mikhail Borisyuk, General Designer of the Design Bureau named. Morozov - the main developer of armored vehicles and artillery systems Ukraine. Salamatin signed a decree on his dismissal in February 2011 for the displacement of deadlines 11 armored personnel carriers and marriage.

just an interesting new anecdote in case some people think that Ukraine has "solved" its quality control issues.

The Ukrainian military has rejected 10 new 4x4 armoured vehicles because of cracks in the armour... just like the rejected iraqi BTR4s.
أعلى

We all know now the quality of Ukrainian weapons, but this is an interesting update of the BMP-1! since Iraq operates a relatively large number of these old vehicles, it might be worth considering if it is performed at reasonable price & time frame!
http://www.janes.com/article/59935/new- ... in-ukraine
Per Ardua, Ad Astra.
أعلى
أضف رد جديد
63 مشاركةً