we can see an additional small camera for close by views of crouching enemy and mines. In 2019 they start a project to produce a tank that is from a previous era, meanwhile Egypt goes on a plan to locally produce T-90MS tanks and already locally assembles Abrams tanks. This is idiotic.
أعلى

iraqidabab كتب: ↑
الأربعاء يونيو 12, 2019 7:53 pm
In 2019 they start a project to produce a tank that is from a previous era, meanwhile Egypt goes on a plan to locally produce T-90MS tanks and already locally assembles Abrams tanks. This is idiotic.

its not a production. just a rebuild of old Type-69s. Iraq simply doesn't have the budget to arm more than one "front line" armoured division (nor does it really need it).

simple upgrade schemes like this one (or even better, put ATGMs and small UCAVs on light armoured vehicle) is a cheap way of maintaining some relative military effectiveness at low cost. These are suitable as simple fire support vehicles for infantry units. Of course against any potential enemy MBTs you would fall back on the use of pick up mounted ATGMs.

think of it as a cheap backup for the BMP-3M.


so you would have:

a fleet of 550 mixed tanks in 2020 is acceptable. MBTs are not a big thing anymore
أعلى

today was the official launch. thankfully they straightened out the LED headlamps.


here we can see that the bustle seems to have a top loading opening? 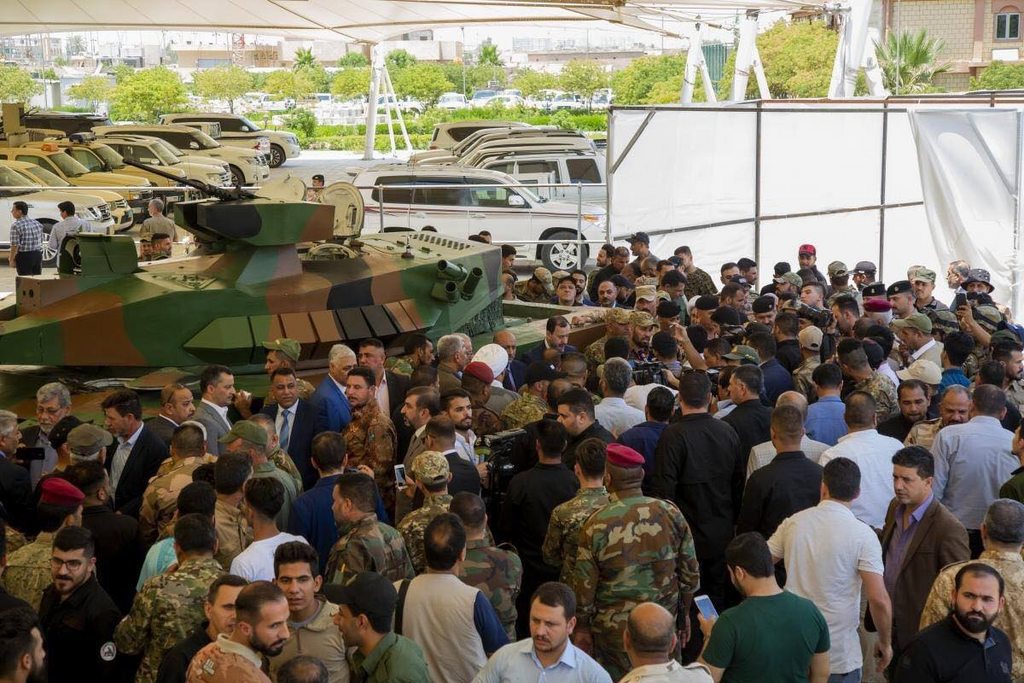 some more from the launch. we can see that unlike the claims of the makers.

There is only one sight and its fixed

The claim about 360 degree vision seems to be the installation of 4 webcams around the hull.

the bustle idea is useful. but is it a real functional bustle or just an external box for ammo made to look "western"?
أعلى

yes. I would not call this an MBT. it does not have the armour, armament or manoeuvrability of a modern mbt.

as a cheap infantry fire support vehicle it should be ok. the small CCTV cameras, remote weapons station, night sight and bit of additional armour are useful. If they did indeed add an auto transmission, that would be useful too for easier controllability of the vehicle.
أعلى

one thing I would have done is maybe replace the 100mm gun with a 57mm S60 gun and achieve a higher rate of fire and carry more rounds. I would also have added a 40mm grenade launcher alongside the 12,7mm RWS.

In addition, and genuinely useful, would have been the addition of two small UAVs with their own "landing pads / recharge stations" at the back of the bustle into which they would fly automatically. and provide more situational awareness to the crew. With one UAV flying and one recharging.

Those would have been useful upgrades.
أعلى
أضف رد جديد
26 مشاركةً