The helicopters and aircraft used to support the Iraqi navy
أعلى

I am not entirely sure about Super Frelons, Iraqi Naval Aviation in general is quite obscure and information is difficult.

There are two things I would like to bring to the forefront of this thread on naval aviation however.

Many of you already know, but Iraq was famous for its usage of Super Etendards and Mirage F-1s for naval aviation over the course of war. Less known even are the MiG-21s which flew naval sorties like the example in the photo below.

I wanted to open a discussion about a few things. Mainly, were Supers, F-1s and MiG-21s flown on naval duties part of the Iraqi Navy or Air Force? It seems that they all bear the IQAF roundel yet they often bear naval camo (again referring to the MiG-21 photo above). They really are in this grey area where they serve on naval duties yet seem to be part of the main Air Force Command rather than a naval command.
أعلى 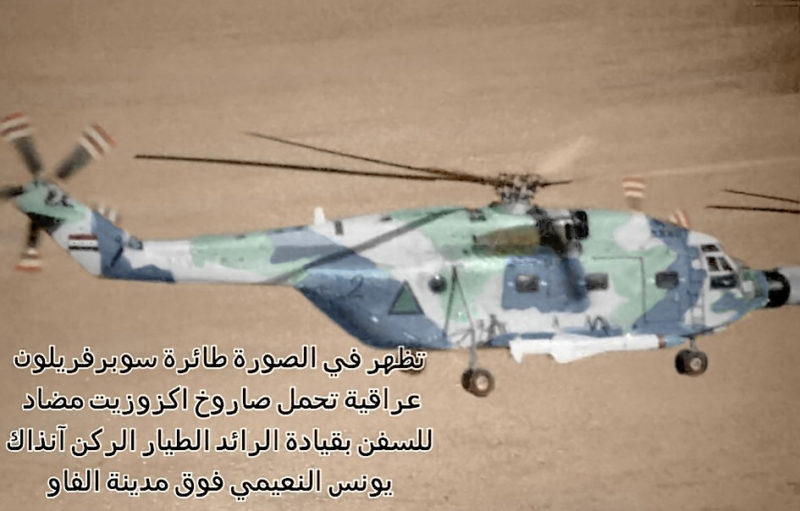 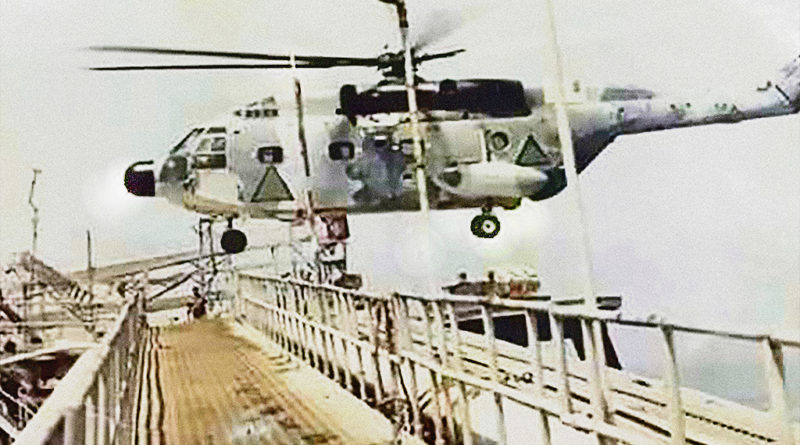