The main amphibious capability of the Iraqi navy included:

Believed that Iraq had acquired these ships began in 1977 with the transfer of the first pair of them to Iraq and then the last pair in the latter between 1978-1979
. These vessels with original hull design but with new helicopter landing platform in the middle of the ship. It was considered so modified from the original model of these ships and classifed it as Polnocny-C.

In 1991 during the Kuwait war seems to be one of these ships at least were transferred to neighboring Iran, which is used within the Iranian Navy units during the last period and in the naval exercise - war game - Iranian Revolutionary Guard Navy at the beginning of this year 2010 April, was used as a target, in training to attack vessels by gunboats Iranian Revolutionary Guard Corps. The Zahraa Class Roll on Roll Off ferries of the Iraqi Navy.

during service time for Iraq...

after 1990... it was moored in Bremerhaven Germany and remains there till today... (the other two ships have been sold off to Jordan/Lybia) one of these ships is now in service with the Navy as the Al Shams picket ship. 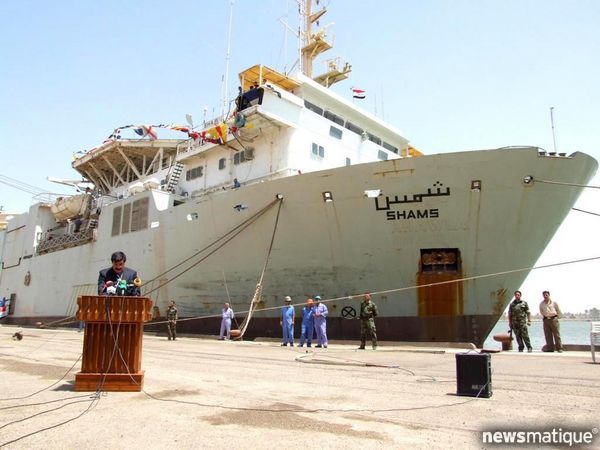 and another one seems to be moored in maqaal in bad condition...
http://www.skyscrapercity.com/showthrea ... 4&page=149

one was scrapped in Germany.
أعلى