According to other military form members "highly involved in this programme". The IA-407 is meant to be as a dual role platform, not a designated scout-attack like the 58D. This "model" can be change form an armed-scout to surveillance-transport platform within one hour only. This happen by taking off the detachable weapon system then adding back the chairs and doors and vice versa

Base line is : It has a better flying characteristics than OH-58Ds with less punch! However it has a dual capabilities unlike Kiowas By the way Gents, Am I the only one who thinks that the way they paint the flag on sides is utterly hideous ?
أعلى

Yes, I favor your opinion.
أعلى


The Army completed a milestone in helping to maintain stability in Iraq now that the U.S. military has departed.

The Armed Scout Helicopters Project Office, along with several representatives from different organizations on Redstone Arsenal, made the eighth delivery of the Iraqi Armed 407 Bell helicopters to Iraq.

Three IA-407s were rolled away from the Science and Engineering Services Inc., or SESi, hangar and into a C-17 military transport aircraft flown by the New York Air National Guard on April 3. This makes the 24th IA 407 aircraft and their associated support equipment to be delivered to Iraq.

Lt. Col. Chris Mills, product manager for the Armed Reconnaissance Helicopter who is also leading the charge for the development and management of the Iraqi Armed 407 program, said the program is crucial for the U.S. and for the Army for several reasons.

“First, our Army is providing an armed scout capability to our allies in the country of Iraq. Second, we’re meeting the obligations of a foreign military sales case. And finally, this delivery showcases the capabilities of the Redstone Arsenal enterprise,” he said.

That enterprise is a total team approach from many organizations on Redstone. They include the Program Executive Office for Aviation with ASH Project Office, Security Assistance Command including the Security Assistance Training Management Office, Aviation and Missile Command with the Security Assistance Management Directorate, Aviation and Missile Research Development and Engineering Center with the Aviation Engineering Directorate and the Prototype Integration Facility, Army Contracting Command, Test and Evaluation Command with the Aviation Flight Test Directorate and Redstone Test Center, Aviation Applied Technology Directorate, SESi with the Joint Venture Yulista and SES, Joint Munitions Command, the Air Force, Garrison, the Office of Security Cooperation in Iraq, and the Iraqi 21st Aviation Squadron in Iraq.

“This is an important milestone in this program,” Mills said. “The PM is the lead systems integrator, but almost all the major activities on the Arsenal were involved in the success here.”

Three training aircraft, or T-407s, were delivered to Iraq in 2010. The first production IA 407 was delivered in August 2012. “We’ve been delivering three a month except for March due to availability of transportation,” Mills said.

Three prototype aircraft will remain on Redstone in accordance with the Iraqis’ wishes for the aircraft’s future development and testing. “If they change their mind and want us to deliver those, then we will bring them to a production configuration and deliver them,” Mills said.

Hal Ridley, chief logistician for ARH Project Office, has made all the deliveries except for two. Mills noted that this is an impressive feat since each rotation takes from 10-15 days. “Each time the team returns from Iraq, we’re preparing for the next delivery, so it’s a pretty aggressive schedule,” Ridley said.

The delivery process has also been impressive. “The first time the team loaded the aircraft in the C-17, it took three hours,” Ridley said. “Now it takes them less than two hours.” The buildup of each aircraft has also become vastly efficient. “The first one took about three days. Now we’re knocking
The success of the program has proven that the resources needed for program success are resident on Redstone Arsenal and in the Huntsville area.

What makes the IA-407 program unique is that the Army had to take a commercial-of-the shelf, or COTS, platform like the Bell 407 and conduct a total reconfiguration according to the specifications that Iraq wanted. Most FMS cases, on the other hand, involve aircraft or products that are already built with some minor modifications made.

“The team proved that we could develop and prototype something here and actually produce it in a reasonable amount of time,” Ridley said.

The program also showed the Army both the positives and negatives of using COTS. “We knew the concept was possible,” said Ridley, “but there were risks.” The project office had to take a COTS product, modify it, then test it for military purposes.

“It becomes a big challenge for the program because of unique issues you run into converting commercial products into something for military use,” Ridley said. “Additionally, we had to take contractual concepts, look outside of the box in several cases because this program is something that a normal contracting process wouldn’t fit into.”

Through innovative ideas and hard work, the IA-407 program has become a model for possible future developmental FMS cases. “We broke the paradigm to get things done,” Mills said. “The project office served as the focal point, but we had to leverage all the capabilities on Redstone.”

From conceptual phase in 2009 to final delivery in 2013 is a relatively short amount of time compared to normal developmental programs.

“I’m very satisfied,” Mills said. “We’re fulfilling an obligation and an important security assistance mission. We’ve also gotten to know the customer in Iraq, and it’s satisfying to know that we’ve given our allies these capabilities that will enable them to protect their own country, as well as ours in the process.”

Ridley, who has been with the program since its inception, said it is very gratifying to have been a part of it from start to finish. “I’m very proud to be a part of the team that supplied a good product to the customer, and that they’re very happy with,” he said.

Said Mills, “The whole success of the program has been that everybody had to pull together as a team.”

The team made continuous improvements from day one through its many successors. Mills credited his project manager predecessors: Lt. Col. Jong Lee, who laid the groundwork for the program; and Lt. Col. Courtney Cote, who oversaw most of its execution.

“We just put our heads down and started working to get it done,” Mills said. “We leveraged support from across Redstone. It wasn’t just one organization.” 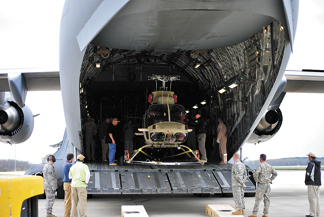 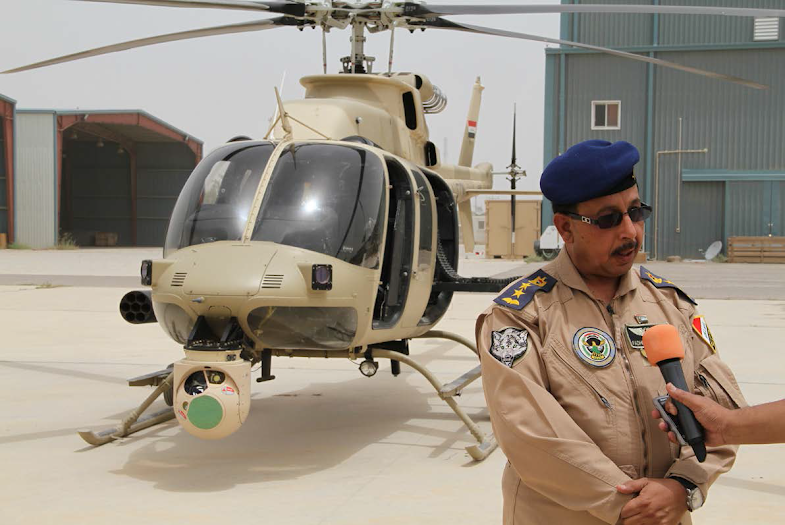 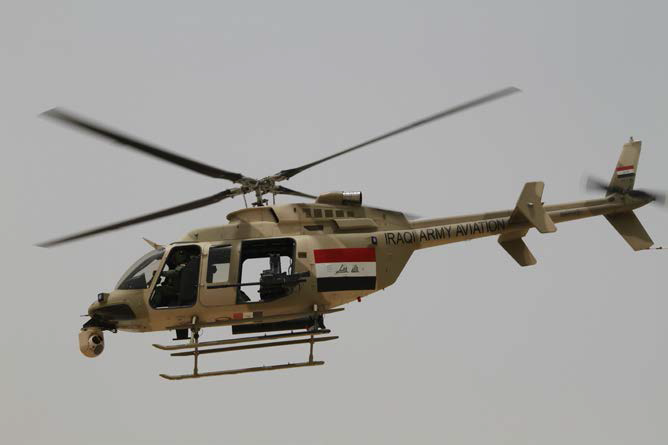 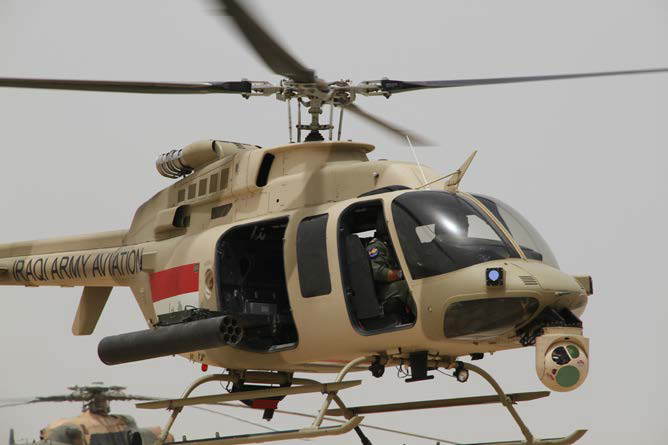 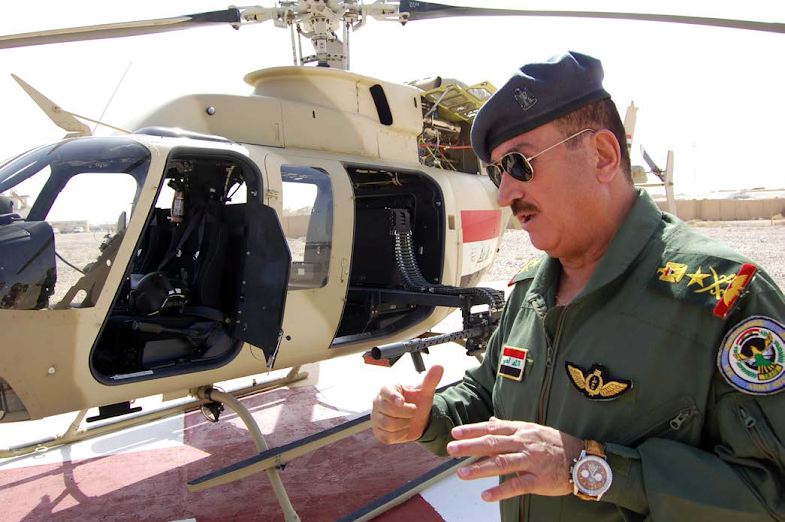 The U.S. Army Contracting Command has issued an $18.5-million contract to Hurst, Texas-based Bell Helicopter Textron to supply contractor logistics support for the Bell 407, UH-1 Huey, 206 JetRanger and OH-58 (A and C models) in Al Taji, Iraq. While the Department of Defense notice lists an “undefined contract action,” the six-month extension falls under a foreign military sales (FMS) program. Work will take place in Iraq and Piney Flats, Tenn., with a targeted completion of Aug. 8, 2014.
أعلى
أضف رد جديد
175 مشاركةً