(Reuters) - French companies have made offers on supplying military equipment to Qatar, including equipping its air force with Rafale fighter planes made by Dassault , President Francois Hollande said on Sunday.

France is the top military supplier to the Gulf state and Hollande said he had discussed future supplies of military equipment with Qatari officials.

"The companies which accompanied me explained the quality of their products and in particular, on Rafale, the opportunity there would be for Qatar to buy these planes," he told a news conference in the Qatari capital Doha.

He said talks were continuing and did not give further details.

Qatar said in 2011 it wanted to replace its fleet of 12 Mirage fighter jets, possibly buying 24 to 36 new aircraft and in addition to Rafale is looking at the Eurofighter Typhoon and various rival U.S. aircraft.

The French president is in Doha for a meeting of Western and Arab countries over the two-year-old Syrian conflict.

Earlier on Sunday Qatar's state news agency QNA quoted Hollande as saying that France had made new proposals for air, land and naval defence contracts and that he was confident of progress.

Paris has close commercial and political ties with Qatar and also hopes to use Hollande's visit to push France's commercial interests in the country and encourage investment into France, where gas-rich Qatar already has assets estimated to be worth about $10 billion.

"France will always be there for Qatar to ensure its defence and security," Hollande told QNA. 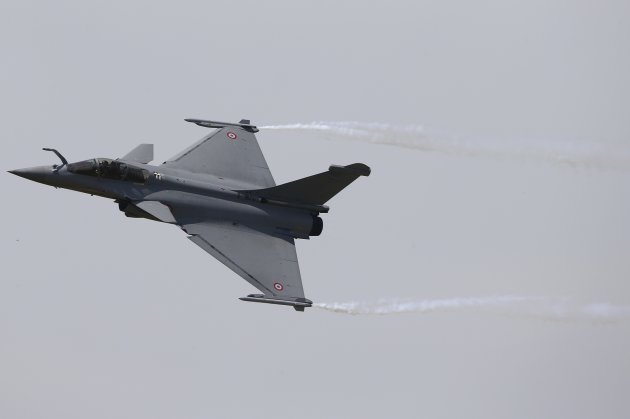 Folks wandering past the model of the Pterodactyl UAV at the Paris Air Show last week were probably unaware that this was China’s first unmanned combat aerial vehicle (UCAV) on display at an international defense exhibition.

The model, also known as the Wing Loong, could be the first step by the Aviation Industry Corporation of China (AVIC) to break the West’s grip on the UAV market by providing affordable and reliable alternatives that also bypass US embargoes, sanctions and regulations. This is particularly the case for African and Middle Eastern countries to which the US is legally constrained from selling arms, or in the case of Israel, refuses to do so.

A report issued by Kimberly Hsu, policy analyst for military and security affairs at the US-China Economic and Security Review Commission, “China’s Military Unmanned Aerial Vehicle Industry,” warns China’s inexpensive and multifunctional unmanned aerial systems are poised to steal the international UAV market away from the US and Israel.

Hsu’s report said that the US and Israel are “the top two UAV exporters worldwide and the only two countries confirmed to have exported strategic-level UAVs, are members of the two principal multilateral regimes that address UAV exports — the Missile Technology Control Regime (MTCR) and the Wassenaar Arrangement.” China is not a member of either and “in the absence of competition from more sophisticated US or Israeli alternatives, China could become a key proliferator to non-members of the MTCR or Wassenaar.”

Ian Easton, research fellow at the Washington-based Project 2049 Institute, said that if one looks forward, “technology trends suggest that the line between UAVs and long-range missiles [is] going to be increasingly blurred.” This raises concerns that China’s large-scale build-up of UAVs as a “major aspect of its reconnaissance-strike complex is going to further threaten already vulnerable air bases and other critical facilities in the region.”

Added to this concern is China’s history of “irresponsible export behavior,” particularly to some of the “most odious international actors on the planet,” including countries that threaten US security interests.

In the past, China has successfully produced and fielded a wide variety of tactical UAVs that operate at low to medium altitudes and in short to medium ranges. According to Hsu, tactical UAV systems constitute about 93 percent of Chinese UAV projects. The rest are devoted to strategic-level systems and UCAVs. However, this is expected to change.

“In the long term, China’s continued interest and progression in strategic-level UAVs appear poised to position China as a leader in the high-end UAV market,” Hsu wrote.

The UCAV model on display at Paris follows the static display of an operational platform at the 2012 China Airshow in Zhuhai. Defense News attended the show and acquired AVIC brochures that indicated it had air-to-ground attack configurations, including “ground target designation” and “ground moving target indication” capabilities.

One aerospace expert cautions not to be fooled by many of the UAV and UCAV programs China displays at air shows. The Pterodactyl is an impressive platform, “but the extent of Beijing’s overall progress remains unclear, as does the level of sophistication and integration,” said Douglas Barrie, senior fellow for military aerospace at the London-based International Institute for Strategic Studies.

He argues that in the UAV arena, the airframe can often be the least challenging element of the overall system, and often times, due to transparency problems with Chinese authorities, photographs and models of China’s UAVs are often the only information available to outside experts.

However, Easton is convinced that China is poised to become a major proliferator of UAVs. “China is developing advanced unmanned systems, including UAVs for strategic ISR [intelligence, surveillance and reconnaissance] and precision-strike miss­ions, under conditions that virtually guarantee that they will have an export advantage over other nations.”

As Hsu points out in her report, one reason China’s UAVs are cheap is that many are developed not by industry but by academic institutions. The multirole, medium-altitude, long-endurance BZK-005, now in service with the Chinese military, was developed by Beijing University of Aeronautics and Astronautics. The Northwest Polytechnical University, also known as Xi’an ASN Technology Group, is the “most prominent and prolific organization focusing on domestic UAV research and development” and holds about 90 percent of the domestic Chinese UAV market.

“Thus far, it has delivered over 1,500 UAVs” to the Chinese military, Hsu’s report said.

First-of-class RNOV Al Shamikh achieved interim acceptance at a ceremony in Portsmouth, UK, on 26 June, marking the formal handover of the vessel to the RNO. The ship will now complete a five-week training package (provided by the UK Royal Navy's Flag Officer Sea Training [FOST] organisation) prior to departing on its delivery voyage in August.

Final acceptance of Al Shamikh by the RNO is expected in mid-2014, following the completion of hot weather trials off Oman (where the ship is required to demonstrate its ability to operate in temperatures above 45 degrees C). 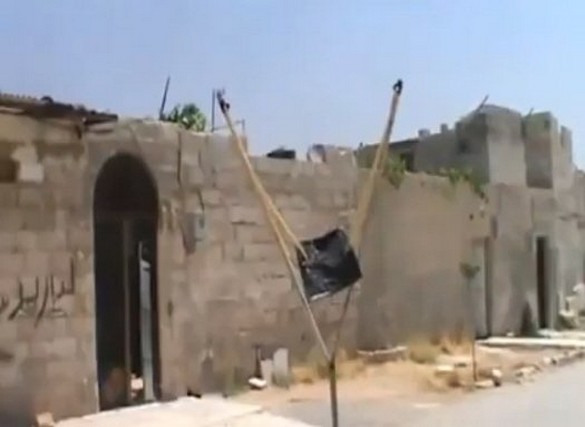 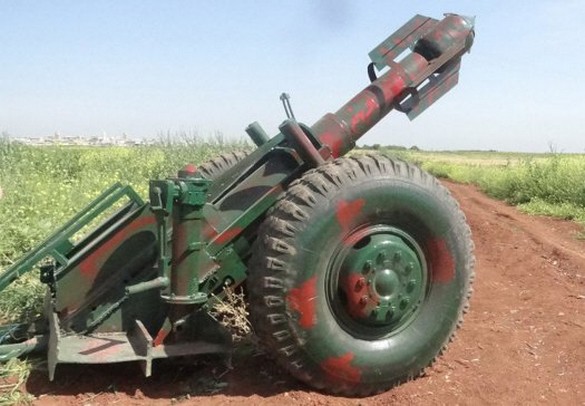 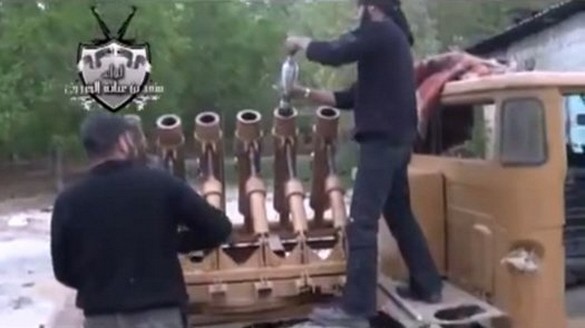