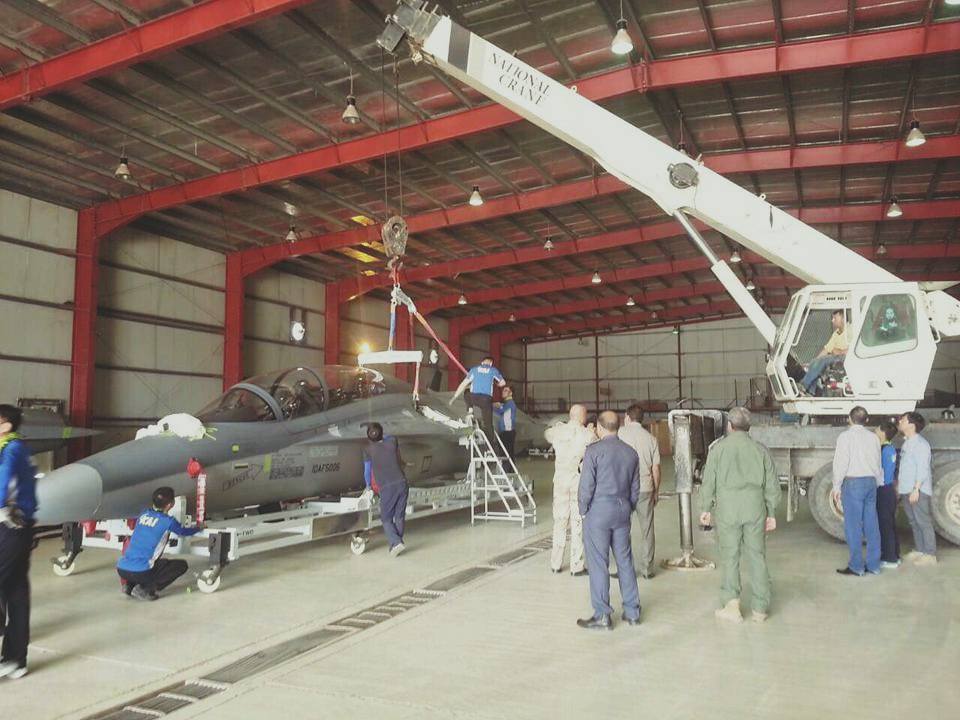 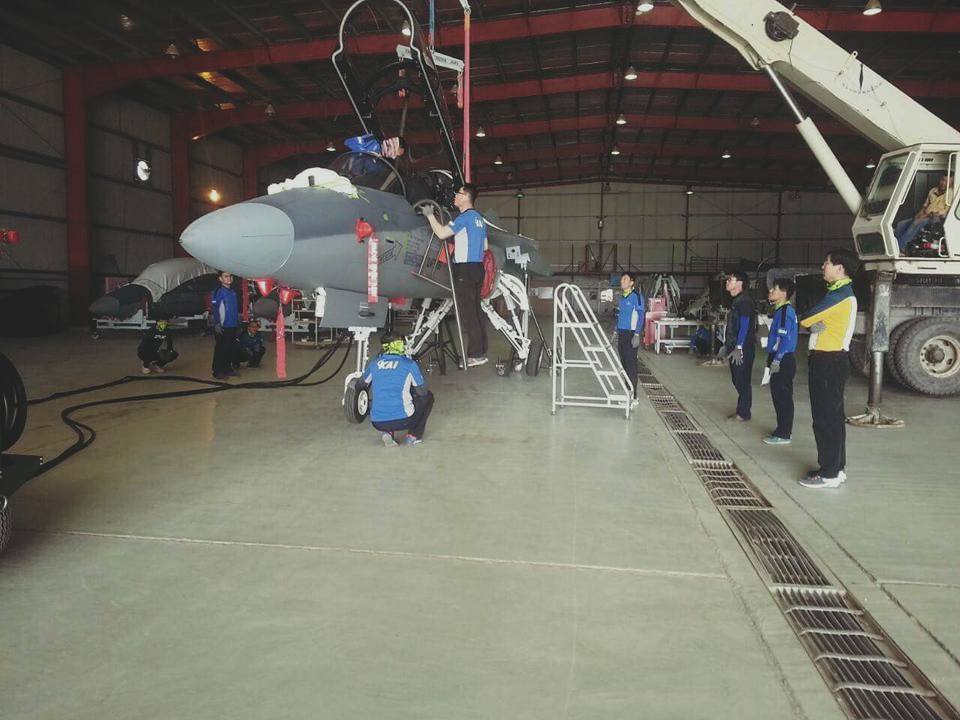 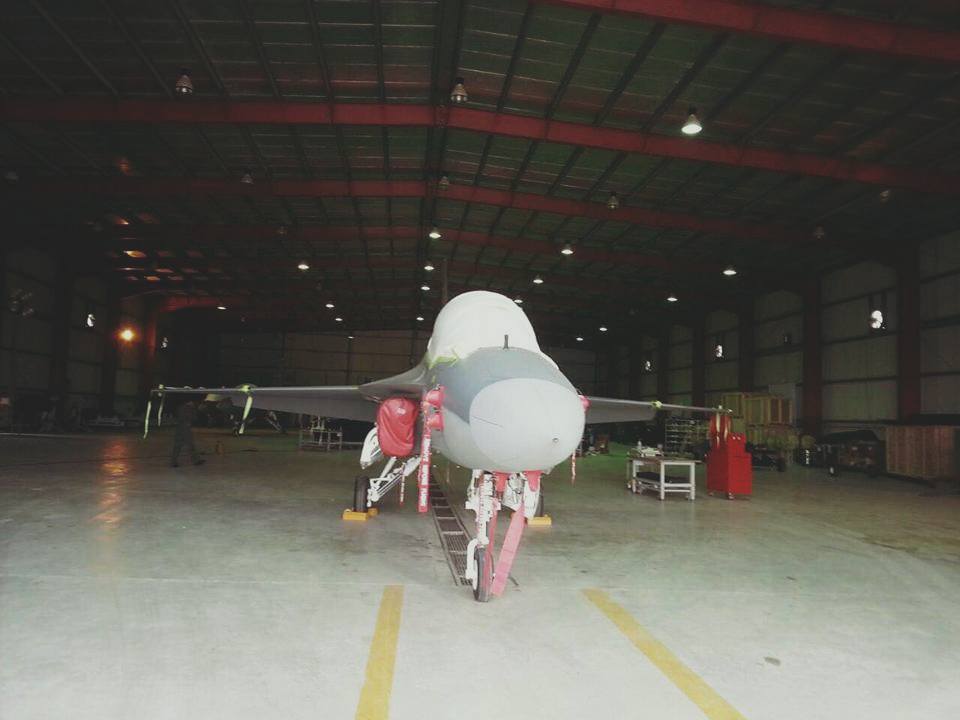 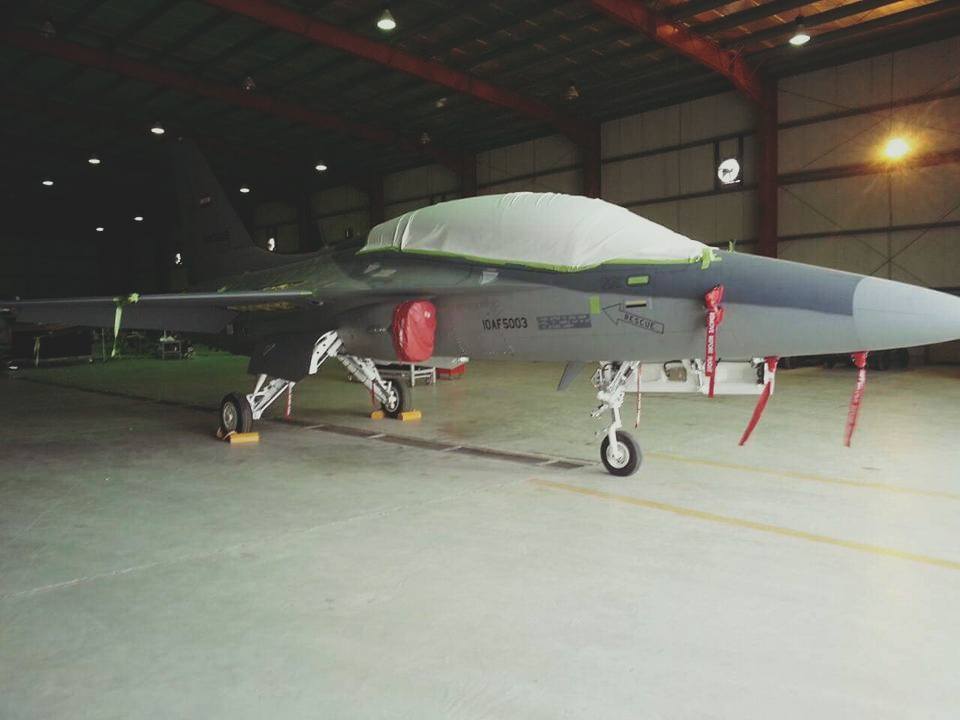 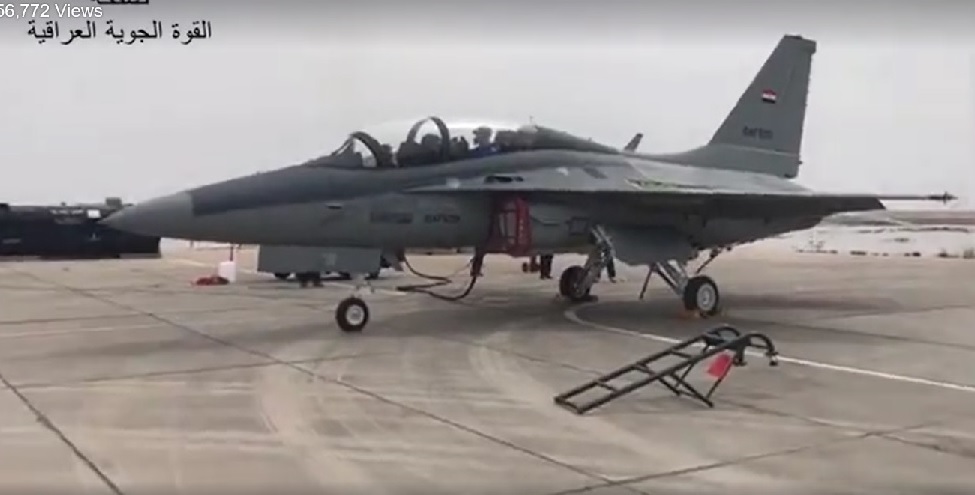 a video of the test

and the first flight video. 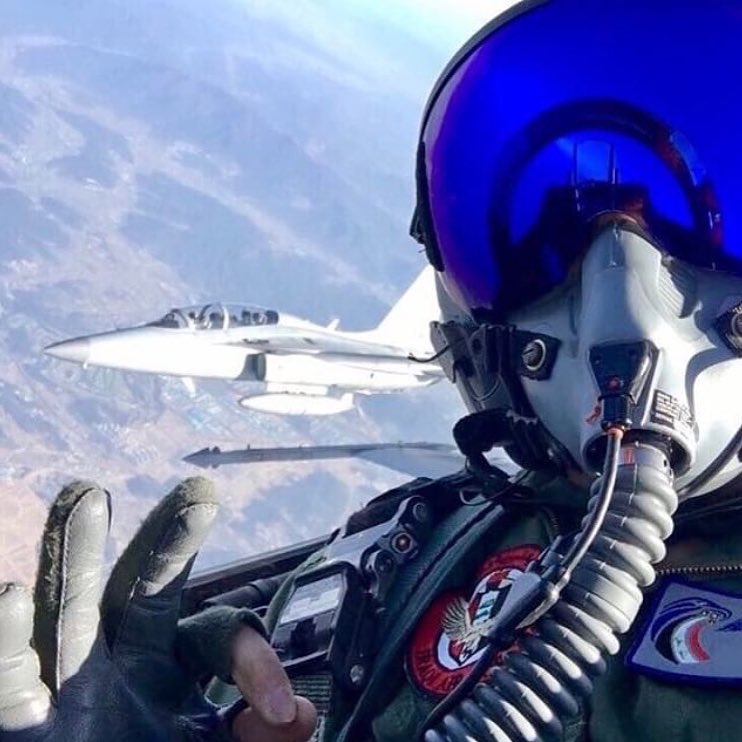 I would say that most likely Iraq will overhaul and upgrade the SU-25s to keep them in service for at least 10 more years.

The 12 L-159s are all zero hour rated and have an acceptable radar, nav system... they are cheap to fly, much cheaper than the T-50IQs so once again I'd expect these to survive for at least another 10 years in service.

I somehow doubt if Iraq truly needs any more T-50IQ than the 24 that have been built. Modern airforces are smaller than in the past, a lot more flying and training is done on simulators and T-6As... and the L-159s are also available (not to mention the F-16D conversion trainers).

Iraq will naturally need some decent air superiority fighter in the near future. But, of course, money is the main shortfall. Iraq may opt to buy another 24 T-50IQs upgraded with better radar and engine... (as discussed already in the first few pages of this thread). Whether we will do that is another question. These jets are pretty cheap to operate and designed for very long flight hour lifecycle so they are definitely ok... however things have to be taken in the context of their potential enemies in the region who all operate top line fighter jets and have awacs assets ... the jets will never be able to defend iraq from external enemies in the area, and with that in mind they will always be a "second line" low cost fighter good enough for LIFT, ground attack and maybe simple air patrol duties... but not much more.
أعلى

No new batches as far as I know. As for the location of the delivered jets... I presume they are still in Basra because Suwaira AB is not finished yet.
أعلى

Fly Together In Iraq

But there is still a long way to go.

thanks mfh. the pics are nice!


On April 28, 2017, the people in the hangar cheered when they finished handing over the first of the twenty-four T-50IQs to Iraq. Could it be because of the weather at 40 degrees Celsius, working in the old and cramped hangars, working in a harsh environment, such as the Styrofoam box lunch box of the same menu everyday, and the power outages and singles that happen without a trial. The result was impressive. Let's follow the process of the first year of 'T-50IQ first delivery' written by Professor Lee, Chung-Hwan Lee, who was at the center of the project T-50IQ with production department and business management department.

Working again in Iraq!
The relationship with Iraq goes back two years. At the time of the Air Force active duty, he heard that he needed someone to serve as pilot of the T-50IQ pilot in Iraq. Was it important to remember that I participated in the development of the T-50 during the former Air Force active duty? By his retirement, his determination to do his duty as a soldier began to shake, and he decided to meet again with the T-50. So in May last year, I joined KAI.


First of all, I had to qualify for a T-50 aircraft again. I was a little nervous because I was catching him in a long time, but I was gradually adjusted. He continued his flight for mastery of the test flight procedure for about two months and joined the flight training from September and began his work in Iraq in earnest.
The flight skills of Iraqi pilots were not worse than expected, and flight training was going smoothly on schedule. Earlier this year, when flight training was in orbit to some extent, it began to prepare for functional checks and acceptance flights in Basra, Iraq. We also collected flight-related data such as airport local procedures, mission area, and reserve base along with flight procedure review. Functional Check Flight (FCF) and Acceptance Check Flight (ACF) have already been planned for the same profile a long time ago. I embarked on the simulator and implemented the profile so that I could barely reach the minimum fuel when landing. The simulator was abandoned by applying the worst environment such as temperature, wind, and airspace position, but it was not so relieved.

Move forward with united Iraq Air Force!
As scheduled, delivery of the aircraft was decided in April, and local flight was decided to proceed from April 3. So I arrived in Basra on 28th March and prepared to fly calmly. On arriving at the scene, there was General Abdul Hussein, who was in charge of the Iraqi Air Force. From the arrival of the plane to the harbor, it was said that everything had been done through this. I would like to express my gratitude to you for giving a few words about missed flight related parts such as mission space, frequency and so on. Despite being a general who had operated MIG-21 a long time ago, he seemed to have prepared a lot of his own. I wanted to meet a nice person, I have been thinking about things that have been going on for me alone.
First of all, I asked about flight skirmishes and said that there was nothing to be done. At the end of the flight training in Korea, there were six pilots who returned to Iraq in February, suggesting how to burn them all, and General Abdul Hussein readily accepted it. And carefully discussed the flight profile.
"It is more efficient to divide the items without repeating because the function check flight and accept flight items are 100% identical," he said, "and of course, I should say," Of course I should. " . At this point, "Do not you read my mind?" There was a misunderstanding to say that. As a result, the profile was divided into two seats without repeating, which made it possible to fly more safely while resolving the tight fuel problem naturally.

April 28, 2017, T-50IQ First delivery No abnormality!
Finally, the day of local flight was bright. How many people have suffered for this moment? The local flight was conducted in the order of the aircraft serial number, and the high-speed slide, the function check flight, and the acceptance flight proceeded in a flurry. After the flight, the Iraqi pilots were very satisfied with the situation. On the local side, our youngest member, the fifth unit, which was late to assembling the 6th unit due to the problem of replacing the vertical stabilizer, and the first one of the 24 units of the T-50IQ were all transferred to Iraq on April 28, 2017. It was not too much to say that the first delivery in Iraq was a success, although the Iraqi side misjudged the acceptance flight of Unit 3 and there was a defect in the main generator of Unit 5.

Fly Together in Iraq began with the delivery of six aircraft. But there is still a long way to go. In addition to secondary, tertiary and quaternary deliveries, additional business may lead to long-term flight training and logistics support in Iraq. Moreover, since it is conducted in conjunction with the construction of a swayra base, Iraq may become a forward base for the Middle East as a company. If the T-50IQ is stable in Iraq and the performance of the aircraft is verified in practice, then not only Iraq but many countries in the Middle East will be interested in our technology. As a pilot who is responsible for safe flight, the shoulders are heavy but what a precious mission! I expect 'Fly Together' to resonate everywhere in the Middle East.